The BioFIBE 2011 conference was enormously well-received by all participants as a conference that was uniquely designed for optimal networking between participants. From a CIC perspective, this approach yielded handsome results in the form of new connections made with companies with complementary expertise (Whitecloud, Aspen Research, The Ford Motor Company) – follow up meetings have already been held and collaborative projects are currently being scoped. Additional benefit was realized in terms of the “reality checks” provided by the structure of the conference – a tour of New Flyer Industries, a large bus manufacturer located in Winnipeg, in particular was viewed favourably as a real-world setting for deployment of biomaterials with all of the consequent challenges and opportunities.

The recent recognition of Composite Innovation Centre (CIC) by the Manitoba Aerospace Association with an All-Stars Award in Innovation Business Practices is a true honour for the CIC and our team. To be recognized with such a prestigious award after only 8 years of supporting Manitoba’s aerospace sector companies and their partners at various positions in the supply chain is very humbling. This milestone for the organization is very meaningful and gratifying for the CIC and its team. The CIC would like to thank all its clients, partners and supporters for the opportunities they have identified for us to work together in the past and we look forward to future opportunities to work together. 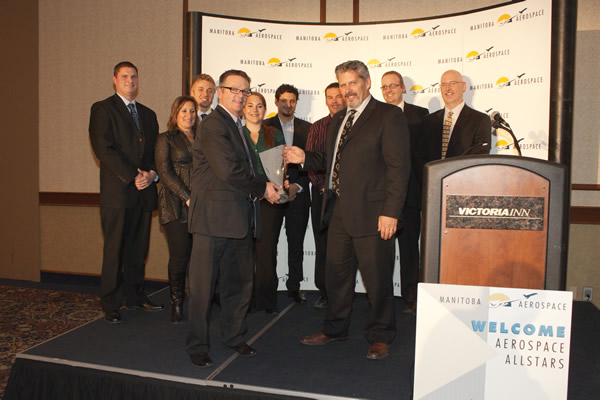 IMRIS Inc., a Winnipeg company that designs and supplies specialty MRI systems to hospitals around the world, teamed up with the CIC’s design group to redesign several of their machines’ panels. Their current fabrication method could best be described as a “prototype” – cutting many different sheets and blocks of thermoplastic materials and bonding them together to make the final product. This particular way of manufacting the panels not only used a significant amount of material, especially where needed for extra support and reinforcement, but also resulted in the final part developing cracks where these different components were joined, a cause of many customer complaints.

The CIC worked with IMRIS and their choice of supplier, EastSide Coatings and Composites, to redesign the panel so they could be fabricated out of fiberglass reinforced plastic (FRP). Because IMRIS wanted to use the new panels as service replacements for the existing panels already in use, the outer surfaces of the panels, and all interfaces with adjacent panels and the mounting frame needed to be maintained.

The real benefit of changing to the FRP construction was realized through the reduction in weight of the panels – CIC was able to reduce the weight of one panel by over 75%. Even with this reduced weight, CIC was still able to demonstrate through its analysis that the panels would be sufficient to withstand their operational requirements. 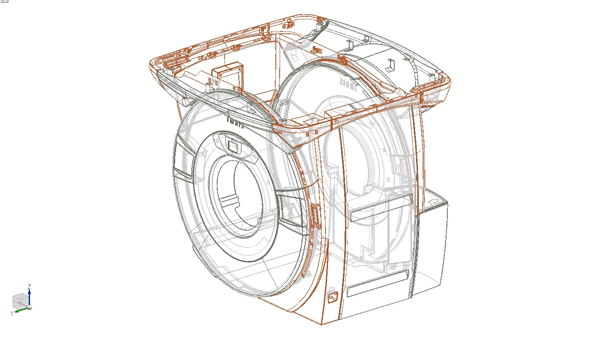 Project Highlights – Changing to FRP construction had many benefits including

All in all a very successful project for the CIC and a very pleased client in IMRIS Inc.

Mike Hudek, Sector Manager, Aerospace will be leaving the CIC at the end of December. The CIC wishes to thank Mike for his exceptional contributions especially being one of CIC’s founding employees. Among many of his major accomplishments was coordinating the establishment of the aerospace not-for-profit corporation, CCMRD, which is responsible for conducting pre-competitive, collaborative projects in the area of advanced composite manufacturing with 11 aerospace company partners in North America. Mike is fulfilling one of the CIC’s mandates in training highly qualified personnel and transferring them to industry. He has accepted a position with Cormer Aerospace, a local manufacturing company, and will be leading an initiative to build a composite component manufacturing capability, thus expanding Manitoba’s Composites Cluster. We wish Mike all the best in his new role!