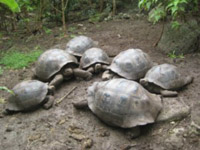 The Composites Innovation Centre’s (CIC) recent Annual General Meeting (AGM), graciously hosted by Boeing Winnipeg at their facility, was standing room only affair. Current members were joined by a selection of interested parties from Manitoba’s manufacturing and political communities. The AGM kicked off with Chairman Kevin Lusk introducing the Honourable Jim Rondeau, Manitoba’s Minister of Science, Technology, Energy and Mines. His address positively reinforced the benefit that the CIC has provided to composite manufacturers in the region. Sean McKay, Executive Director, provided an overview of successes for the past year that was illustrated by the undertaking of 39 projects, far exceeding set targets. A Board focused refinement to the organization’s vision was described together with plans for growth that include the establishment of consortia for the purpose of developing and commercializing technologies for the aerospace, ground transportation and biomaterials sectors. Expansion of facilities and capabilities together with building enhanced relationships with the University of Manitoba and Red River College were highlighted. Professor Anoush Poursartip from The University of British Columbia provided an engaging keynote speech that contained insights into the ability for Canadian research and industry partners to effectively develop world class composite technologies and applications. This being a very pertinent time to increase involvement illustrated by the extensive use of composites in 787 and A350 aircraft structures. Items that were suggested for improvement included investing in people and adopting an engineering as opposed to a scientific approach. A recurring theme was the inability for Canada to develop a national strategy due to the lack of support at the federal level. Kevin Lusk closed the proceedings by asking for those participants that are not currently active to consider becoming more involved in using the services that the CIC provides including membership. Evidence of success of the event was reflected in comments made that there could have been more time set aside for networking, an unusual remark for your typical AGM. Copies of the proceedings can be obtained by sending an email to: cic@ecopoxy.com. 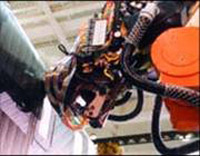 ‘It is difficult to realize how much time it takes to establish a national advanced composite manufacturing technologies research and development consortium’, commented Mike Hudek, CIC’s Aerospace and Civil Infrastructure Sector Manager. With support from Boeing’s Research and Technology and Industrial Participation Program organizations, the CIC has been facilitating the development of this national entity over the last year. Its primary purpose is to develop and demonstrate composite manufacturing technologies for the aerospace industry with potential for spin off to other sectors such as wind energy and ground transportation. Interest has been extensive with companies engaged from the East to West coasts of Canada in addition to the Boeing Company. Of particular note is the involvement of the National Research Council’s, Institute for Aerospace Research who will perform in the role of technology advisor. Activities are coming to a head with the drafting of the articles of collaboration, defining technical project ideas and securing funding. Launch of the consortium with initial collaborative projects is expected over the next few months. If your company wishes to obtain further information or wants to become involved, please contact M Hudek at mhudek@compositesinnovation.ca

The CIC has added a Thermal Mechanical Analysis (TMA) instrument to complement its existing Differential Scanning Calorimetry (DSC) and Dynamic Mechanical Analysis (DMA) capabilities. This extends its testing offerings to be able to accurately measure a material’s coefficient of thermal expansion as well as supplementing other methods of assessing the maximum operating temperature a material can withstand.