A New Perspective on a Child 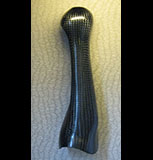 At the Canadian Association for Prosthetics and Orthotics (CAPO) conference held in Winnipeg this June, the technicians and clinicians in attendance received a new perspective on the prosthetic materials they had been working with.

“We were approached by the RRC (Rehabilitation Centre for Children) to do the quantitative analysis behind the qualitative issues they were seeing in the prosthetics they were making” explained Mercedes Alcock, leader of the project. “I naively asked for the hardest most problematic prosthetic they were working with at the time and they came through. It was challenging on all levels; shape, materials, even the loading and boundary conditions put us to the test. We had to use four different software packages to overcome the difficulties we were facing.”

The project looked at the design used for the lower leg of a child whose amputation occurred at the ankle. The Symes prosthetic (named after the type of amputation) incorporates a nut at the bottom to attach a foot and sheathes the entire lower leg, up to the base of the knee. The socket portion, without the foot was submitted to the CIC for study. Two different versions of the socket, for the same child were compared. They were the same shape and made using the identical resin infusion process, but incorporating different materials. One prosthetic was a traditional mix of glass/nylon reinforcement in an acrylic resin and the second was made from carbon twill in epoxy. The RCC technicians were interested to see the science behind the performance of the different materials.

“We have a lot of experience building these items, but much of it is derived from manufacturer recommendations and our own previous successes or failures. This was an opportunity for us, and those attending the conference, to see a different picture of these materials, one that looked at the materials through testing and computer analysis” Randy Dookeran from the RCC commented. “It was exciting to be a part of this project and the results were eye opening for us all.”

The CIC staff found working with the complexities of the organic shapes demanding to say the least.

The cylindrical shape combined with the complex curvature of the surface made this the most challenging model I’ve worked with to date. It pushed the bounds of the FEA software we used. In fact some features we needed are still in development and won’t be available until future versions of the software are released. We had to get creative to accommodate the material angles and approximate the properties of the laminates” Alastair Komus, a CIC masters student, reported when asked to comment on some of the difficulties experienced by the team.

“The carbon twill was the most challenging to determine the properties for” revealed Garett Keith, the CIC employee in charge of garnering the material properties. “Carbon twill alone presents its own challenges, but when a sleeve of carbon twill is stretched over a complex mould such as this, it conforms to the shape by changing the angles of the fibres. In the small diameters of the prosthetic the angles between the fibres were in the ±15 degree range with the vertical; in the wider sections we were seeing ± 65 degrees. We might as well have been analyzing a prosthetic made of 7 different carbon weaves based on the changing angles. It took a bit of laminate theory and careful examination to get the properties we needed to model our prosthetic for analysis.”

The modelling produced interesting results, not only did it validate the types of fractures the technicians were seeing in their prosthetics, it gave some perspectives on how the glass/acrylic and carbon/epoxy prosthetics were handling the stress they underwent. It was a learning experience not just for the staff of the CIC, but the team from the RCC and those that were at the CAPO conference.

Randy provided an opinion on the success of the project, “we got excellent feedback from the conference audience. It was a side of the story they never get to see. It showed us that there is a lot we don’t currently understand about the materials we are working with and now we are even more eager to learn more. We are grateful for the work the CIC has done this far and I hope we have a chance to participate in more projects like this one.”

The CIC has recently expanded its internal capabilities to further provide industry with a variety of testing techniques and services. We have procured a Dynamic Mechanical Analysis (DMA) test unit to measure modulus and damping (energy dissipation) of material as the material is deformed under periodic stress, and a Differential Scanning Calorimeter (DSC) that is used to measure exothermic and endothermic transitions as a function of temperature.

The CIC has utilized the DSC to conduct glass transition temperature and degree of cure experiments. To conduct degree of cure experiments with composite materials the amount of resin in the sample material must be known. To this end the CIC has developed a constituent testing capability (burn off and acid digestion). By applying the resin weight fraction to the composite specimen enthalpy of transition, a correct degree of cure result can be obtained. Although CIC performs non-certified testing, ASTM standards are used to guide specimen preparation, experiment parameter selection and data interpretation activities.

Further, the CIC has also expanded its capabilities to include Resin Shrinkage from Cure. Resin shrink testing quantifies the loss of linear dimension of a molded part due to the cure process. The CIC fabricated a test mold and created a test procedure to accurately and reliably measure the amount of linear shrinkage of any low viscosity thermoset resin. The simple four position mold has activities with cross sections measuring 1/2” sq. The sides have a small amount of draft and each cavity is 5” long. The liquid resin is cast in the cavities and allowed to cure. Specimen length is measured after exotherm has passed and the specimens have cooled to ambient temperature. A calculation comparing the length of the cavity to the length of the cured specimen gives the shrinkage percentage. Although CIC conducts non-certified shrinkage testing, ASTM D6289-08 was used as a guide for specimen dimensions and calculations.

The Members only section of the website has now been updated with a list of key composite contacts including manufacturers, end product users, suppliers and research

and development organizations. A letter has been sent to all members which includes the User name and password required to enter the site. If you have not received the letter please contact Carmela Bucci-Vernaus for more information at cbuccivernaus@compositesinnovation.ca.